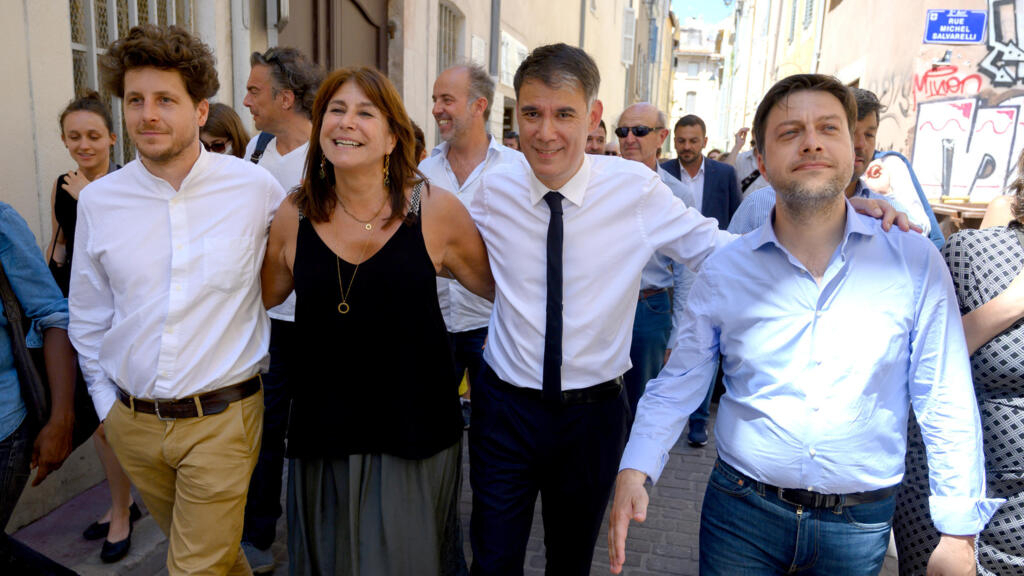 Nationwide local elections on Sunday in France saw a green wave wash through Marseille, Lyon, Strasbourg and Bordeaux, while Socialist incumbents scored re-election in Paris, Nantes, Lille and Rennes. The results breathe new hope into the left on the national stage after a long spell in French political purgatory.

Suddenly, leftists in France are allowed to dream again. After winning the day in most major French cities on Sunday in run-off elections long-delayed by the coronavirus outbreak, leftists could let themselves forget, at least for one election night, their historic losses in 2017.

That spring, centrist newcomer Emmanuel Macron – who had served as an Élysée Palace advisor to Socialist incumbent François Hollande and then as his economy minister – completed his meteoric rise to the presidency. But the Socialist candidate, Benoît Hamon, allied with the green Europe Écologie-Les Verts (EELV) party, crashed out of the presidential election’s first round on an anonymous 6.36 percent of the vote in a thundering defeat for the leftist mainstream. The Socialist Party lost a monumental 250 seats in the legislative polls that followed, while EELV were swept out of the lower-house National Assembly altogether.

But the greens had little to envy of rivals on Sunday night. While EELV had run only one major city in France, Grenoble, after the last local elections in 2014, the party chalked up one City Hall after another in this election: Lyon, Strasbourg, Bordeaux (a conservative bastion for 73 years), Tours, Annecy, Besançon, Poitiers and, pending a vote by freshly elected city councillors on Friday, perhaps even Marseille.

Never had France’s greens known such success at the municipal ballot box. A year after their strong showing in 2019’s European Parliament elections – on a night that saw a green wave sweep across the European Union – the ecologists’ newfound status at the heart of the left-wing is now well-established.

The EELV candidates’ glittering performances are all the more spectacular knowing they were, for the most part, not household names and that they won, most often, against alliances formed between the conservative Les Républicains and Macron’s centrist La République en Marche party.

Few, even among EELV brass, would have wagered on Pierre Hurmic winning Bordeaux against one such alliance and toppling an incumbent long-allied with conservative former prime minister Alain Juppé, who ran the city for 22 years.

In Strasbourg, too, the greens could legitimately fear that the centrist-conservative alliance might get the better of the first-round lead they had built way back in March, especially after not managing to seal an alliance with the Socialists locally. But EELV’s Jeanne Barseghian crushed the competition, winning the eastern French city for the greens by eight points.

“What won was a desire for concrete ecology, in action, that proposes solutions for commuting, housing, food, how to rebuild local economies,” green MEP Yannick Jadot, who led the EELV list in last year’s EU elections, told TF1 on Sunday.

But beyond the so-called green wave on Sunday night, a closer look at the ecology candidates’ wins shows that they were made possible by alliances forged with the Socialist Party, the far-left La France Insoumise, the French Communist Party and ex-Socialist Hamon’s Génération.s party.

Alone, EELV was vulnerable to defeat, as in Lille where green candidate Stéphane Baly missed out by a handful of votes on winning City Hall away from Socialist heavyweight Martine Aubry.

“Between now and 2022, for the mid-terms in between, let’s continue to cultivate what we have in common, more than dogmatic differences,” said EELV party chief Julien Bayou. The greens leader likely had in mind the case of EELV candidate Michèle Rubirola in Marseille. She was initially suspended from the party for having refused its logic to go it alone, before eliciting support after topping the first-round vote in March on the strength of left-wing alliances.

The Socialist Party, too, had a very good night. Anne Hidalgo won re-election in Paris, while Socialist incumbents also prevailed in cities such as Nantes, Rennes, Dijon and Le Mans, and the party won City Hall away from an ex-Socialist in Montpellier.

“You’ve chosen hope, you’ve chosen rally, you’ve chosen a breathing Paris, a united city where no one is left behind,” said Anne Hidalgo after being re-elected mayor of Paris pic.twitter.com/GzL7h6Tsd6

“Enormous momentum is building all over France,” Faure declared. “All of the left and the ecologists are scoring formidable victories. That is what is happening. We have something emerging in this country, a social-ecological bloc, that we must now consolidate.”

Leaders of the various left-wing political forces in the country made similar remarks on Sunday night, each making the most of a share of the spotlight.

“A democratic breath of fresh air for climate and social justice issues is possible with the ecologists and the left,” Génération.s spokesman Benjamin Lucas said on Twitter. “Let’s be equal to the task, let’s prepare together to rally for change in 2022,” he tweeted.

“This is a turning point for more social justice and more ecology,” said Communist Party chief Fabien Roussel, even as the party lost Saint-Denis, a traditional Communist bastion north of Paris, to a Socialist. “Despite record abstention, the signal sent to the president and his government is clear: The French do not want his policies, neither in their cities nor in the country.”

Socialist Party spokesman Pierre Jouvet called it “the first big victory for the left in eight years”, since Hollande won the presidency in 2012. “The issue isn’t whether the greens or the Socialists won. We showed that when we join together, we are able to elicit hope. This must be the first stage of the reconstruction of a left wing able to win in 2022,” Jouvet added.

The left would be wise, however, not to base a potential national political dynamic on local election results. A recent Ifop-Fiducial poll testing support ahead of the 2022 presidential election saw EELV’s Jadot scoring only eight percent in the first round. And as Émeric Bréhier, who heads the Observatory of Political Life at the Jean-Jaurès Foundation, told AFP, the greens’ performance is “a lot less good outside or in areas surrounding big cities”.

This article has been adapted from the original in French.