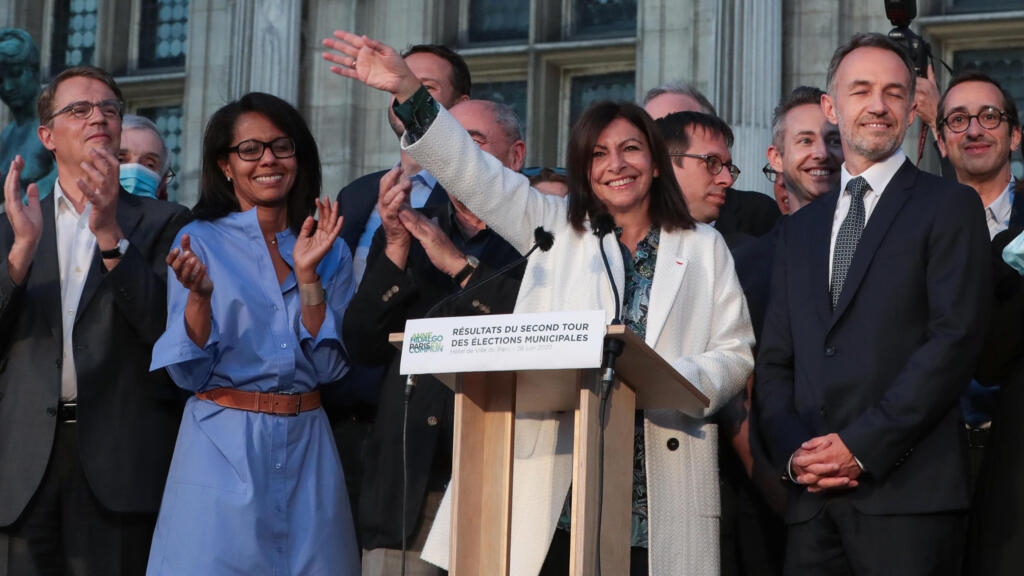 Anne Hidalgo, re-elected Paris mayor on Sunday, is a Spanish-born socialist who has waged a divisive but ambitious campaign to push cars out of the centre of the French capital.

Hidalgo, 61, became in 2014 the first-ever woman to head the French capital’s city hall that had once been the political springboard for late president Jacques Chirac.

She doggedly rose through the ranks despite having been told as a girl that her Spanish roots would forever hold her back.

Retaining the Paris mayor position is a boost for the left in France after its dismal showing in the 2017 presidential election.

As mayor, Hidalgo has pushed to reduce car use in the capital and boost biking.

She has reduced lanes and speed limits, closing off dozens of streets to cars completely.

In her latest campaign, she has proposed transforming 60,000 roadside parking spaces into cycling lanes.

But the move has proved controversial among many drivers who complain the city is a perpetual building site.

Claiming victory on Sunday, Hidalgo thanked Parisians for choosing “a Paris that breathes, a Paris that is more agreeable to live in, a more caring city that leaves no one by the wayside.”

Hidalgo has also pledged to improve sanitation in the city plagued by rats, bed bugs and dirty streets.

Her unsuccessful challenger Agnes Buzyn of President Emmanuel Macron’s Republic on the Move (LREM) party described Paris during her campaign as “brutal for its inhabitants, a city whose condition has deteriorated”.

Another challenge is the sky-high property costs driving some 12,000 people out of Europe’s densest city each year.

Hidalgo has promised major investment in housing, transport and green spaces, seeking to reverse the middle- and working-class exodus to the suburbs.

Hidalgo was born in San Fernando, a town in Andalusia, Spain, to an electrician father and a mother who worked as a seamstress.

Two years later the family moved to Lyon in southeast France – Ana became Anne and French citizenship came when she was 14.

“One day in second grade, my teacher told me: ‘little Spanish girls don’t make it to the top of the class.’ That only made me want to take up the challenge,” Hidalgo told the Parisien newspaper in March.

After graduating from university, Hidalgo had a career as a labour inspector before becoming an advisor to former labour minister Martine Aubry, the architect of France’s 35-hour working week.

Hidalgo became the deputy mayor of Paris in 2001, a post she held for 13 years until claiming the top job in one of the world’s most visited cities – winning with a convincing 55 percent of second round votes.

Having had to endure taunts from her political opponents about her modest origins and lack of Parisian roots, Hidalgo has been known to quote the words of writer Sacha Guitry: “Being a Parisian is not about being born in Paris, it is about being reborn there.”

When she finally emerged from the shadow of her fellow Socialist predecessor Bertrand Delanoë in 2014, her tenure as Paris mayor began with a baptism of fire.

Then last year brought another blow when fire partially destroyed the Notre-Dame cathedral, a beloved monument intrinsic to the very fabric of Paris.

But there have been victories too: in 2017 Paris was crowned the host of the 2024 Summer Olympics, which Hidalgo should now preside over.