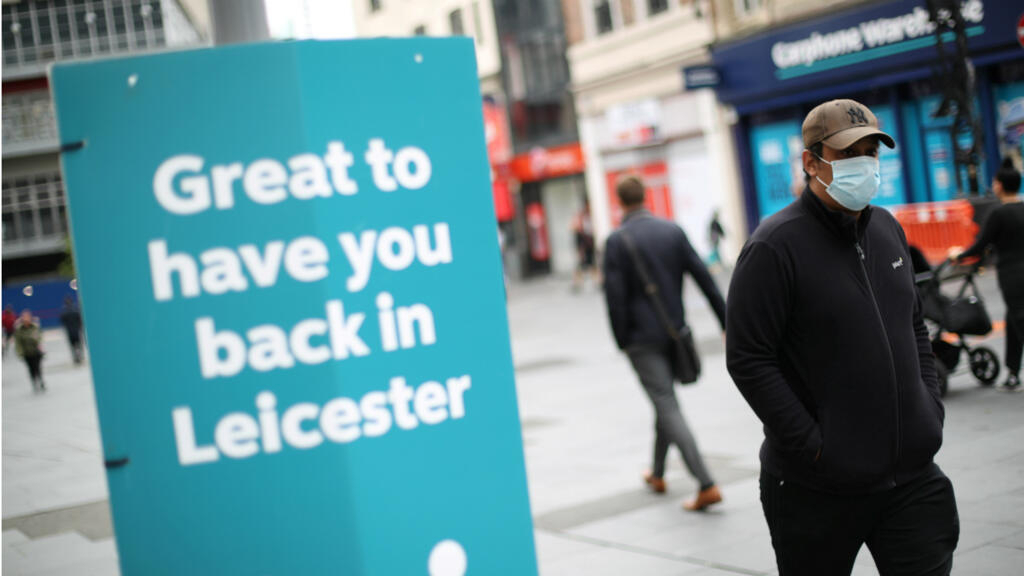 Britain has imposed a stringent lockdown on the English city of Leicester following a local flare-up of the novel coronavirus just as Prime Minister Boris Johnson attempts to nudge the United Kingdom back to normality.

The UK has been one of the world’s worst-hit countries, with more than 54,000 suspected deaths, though coronavirus infections have been waning in recent weeks and Johnson is rolling back nationwide restrictions to revive the economy.

However, in Leicester, in the eastern Midlands of England, the seven-day infection rate was 135 cases per 100,000 people, three times higher than the next highest city.

Leicester accounted for 10 percent of all positive cases in England in the past week, the government said.

Ministers ordered schools and non-essential shops to be closed and postponed the planned reopening of pubs in the central English city after the alarming spike.

Amid warnings he was moving too fast in easing stay-at-home orders, with infection and death rates falling but slowly, Johnson vowed to clamp down on local outbreaks like the game “whack-a-mole”.

Virus-hit hospitals and factories have been shut so far but the measures in Leicester, with a population of 340,000, is the first move to restore lockdown on such a large scale.

“We will be bringing forward a legal change very shortly, in the next couple of days, because some of the measures that we’ve unfortunately had to take in Leicester will require a legal underpinning,” Health Secretary Matt Hancock told Sky on Tuesday.

Asked if some aspects of the lockdown would be enforced by the police, he said: “Yes, in some cases.”

I have today announced local action to tackle the #coronavirus outbreak in Leicester.

It is vital people follow social distancing rules and we tackle this virus.

The Leicester lockdown was overshadowing a major speech by Johnson later on Tuesday in Dudley, just 50 miles away, in which he will detail plans to rebuild the British economy after it was battered by the coronavirus lockdown.

Hancock said the government was still analysing the exact reasons behind the rise of cases in Leicester.

Enforcing new lockdown ‘quite a challenge’

However, city mayor Peter Soulsby said it had been hard to get details from the government and even the exact boundaries of the lockdown.

“It’s obviously going to be quite a challenge enforcing it,” Soulsby told Sky. “Policing it is going to be something of a challenge until we know actually what the area is to be policed.”

Stricter measures than anticipated from Govt but understand the need for firm action. Determined to make this work & minimise time additional measures stay in #Leicester. We’ll continue to play our part to keep people in the city safe & healthy. More here https://t.co/ImejVxCuu5 pic.twitter.com/c776nQCpnp

Schools in the city, where the remains of King Richard III of England were found under a car park in 2012, will close from Thursday with Hancock saying there had been an unusually high incidence of infections in children there.

“In the very significant testing that we’ve brought into Leicester … We have seen a number of positive cases in the under 18s and that’s why we took the decision with a heavy heart to close schools in Leicester,” Hancock said.

(FRANCE 24 with REUTERS and AFP)