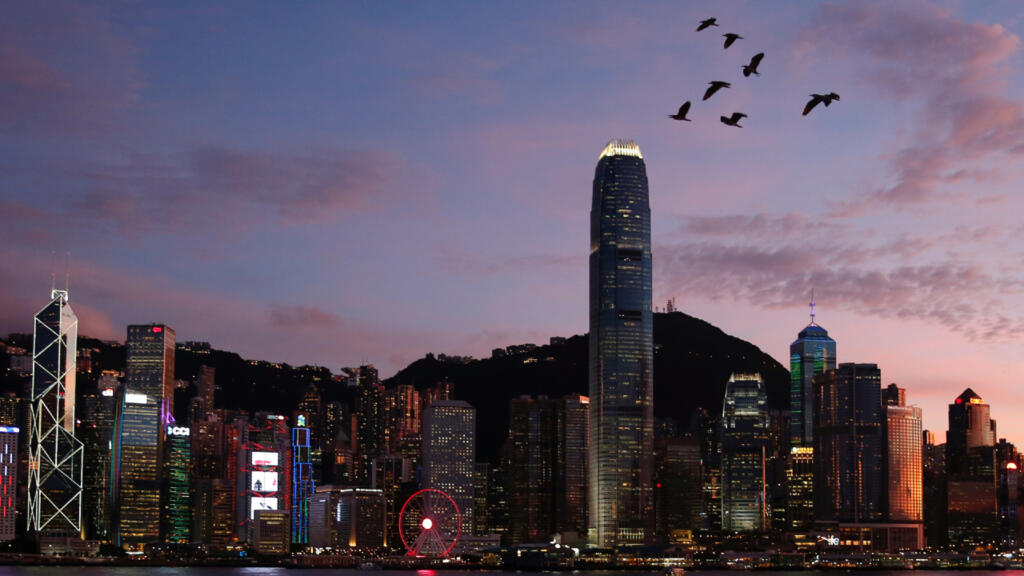 China’s parliament passed national security legislation for Hong Kong on Tuesday, the city’s Cable TV reported, setting the stage for the most radical change to the former British colony’s way of life since it returned to Chinese rule in 1997.

Beijing introduced the law in response to last year’s often-violent pro-democracy protests in the city. It will tackle subversion, terrorism, separatism and collusion with foreign forces, officials have said.

A draft of the law, which will come into force as soon as it is gazetted in Hong Kong, has yet to be published.

The United States on Monday ended sensitive defense exports to Hong Kong, further ramping up pressure in a row over the financial capital’s autonomy from China.

The US announced the decision hours after China said it would curb visas to some Americans heading to Hong Kong, itself a tit-for-tat response to a US move.

The United States has been leading a global uproar over China’s national security law for Hong Kong, which activists say will destroy the city’s freedoms.

“We can no longer distinguish between the export of controlled items to Hong Kong or to mainland China,” Pompeo said in a statement.

“We cannot risk these items falling into the hands of the People’s Liberation Army, whose primary purpose is to uphold the dictatorship of the CCP by any means necessary,” he said, referring to the Chinese Communist Party.

The direct impact will be modest. The State Department last year approved $2.4 million in defense sales to Hong Kong, of which $1.4 million worth were actually sent, including firearms and ammunition for law enforcement, according to official figures.

The Commerce Department simultaneously said it was revoking its special status for Hong Kong.

It will now treat the financial hub the same as China for so-called dual-use exports that have both military and civilian applications — and which are highly restricted when sought by Beijing.

China promised autonomy for Hong Kong before Britain returned the territory in 1997 but wants no repeat of massive and sometimes destructive protests that rocked the territory last year.

“It gives us no pleasure to take this action, which is a direct consequence of Beijing’s decision to violate its own commitments under the UN-registered Sino-British Joint Declaration,” Pompeo said.

President Donald Trump’s administration has already declared that Hong Kong is no longer autonomous in US eyes and has been rolling out a series of measures in response.

On Friday, the State Department said it was restricting visas for an unspecified number of Chinese officials seen as responsible for infringing on the autonomy of the Asian financial hub.

In response, Chinese foreign ministry spokesman Zhao Lijian said Monday that the US “scheme… to obstruct the passage of the Hong Kong national security law will never prevail.”

“To target the US’s above wrongful actions, China has decided to impose visa restrictions against American individuals who have behaved egregiously on matters concerning Hong Kong,” Zhao said.

China’s top lawmaking committee is expected to adopt the law, already approved by Beijing’s rubber-stamp parliament, during sessions that end on Tuesday.

While outlawing acts of subversion, secession, terrorism and colluding with foreign forces, the legislation will allow China’s security agencies to set up shop publicly in the city for the first time.

Britain, the European Union and the United Nations rights watchdog have all voiced fears the law could be used to stifle criticism of Beijing, which uses similar laws on the authoritarian mainland to crush dissent.

In Washington, some US lawmakers fear that Trump will take primarily symbolic action on Hong Kong, preferring to prioritise trade concerns that could affect his re-election campaign.

Last week, the US Senate unanimously approved a bill that would impose mandatory economic sanctions against Chinese officials, Hong Kong police — and banks that work with them — if they are identified as hurting the city’s autonomous status.

Hong Kong was upended by seven straight months of protests last year, initially sparked by an eventually abandoned plan to allow extraditions to the mainland.

But they soon morphed into a popular revolt against Beijing’s rule and widespread calls for democracy.

(FRANCE 24 with REUTERS and AFP)

Tue Jun 30 , 2020
(HealthDay)—COVID-19 is being diagnosed in Hispanic communities at a disproportionately high rate, a new study of the Baltimore-Washington, D.C., area shows. Researchers found that among nearly 38,000 patients tested for SARS-CoV-2 at Johns Hopkins Health System, 16% were positive for the virus that causes COVID-19. That figure was much higher—almost […]