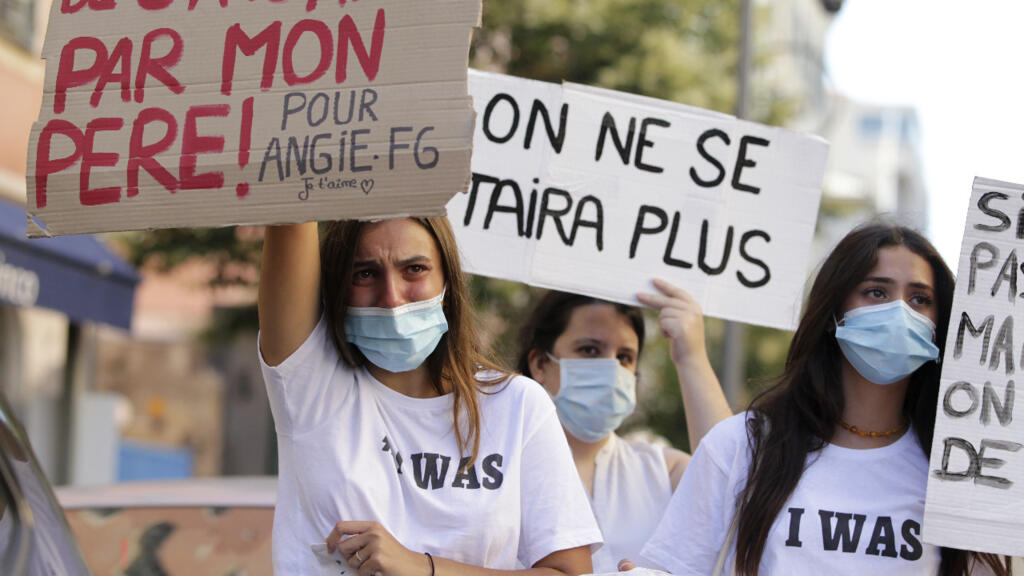 A burgeoning movement on the French island of Corsica has harnassed the #IWas hashtag to recount and denounce acts of sexual violence they suffered as minors, challenging a local culture that is more used to victims’ silence. The hashtag is often simply followed by an age: #IWas7.

In the southwestern Corsican city of Ajaccio, at least 400 people, mostly young women, marched on July 5 to bring attention to the sexual abuse of minors. Some held signs bearing messages: “Not your sexual object”, “She files a complaint, she dies anyway” and “From 6 to 10 years, by my father”. Marchers chanted, “We are strong, we are proud feminists and radicals, and angry!” The Ajaccio protest followed one in the northern city of Bastia on June 21 when some 300 marched with similar slogans.

The movement has gained the support of Ajaccio Mayor Laurent Marcangeli, who joined the July 5 march, as well as the mayors of Bastia and Bonifacio, Corsica’s southernmost town. Three days before the Ajaccio march, Marlène Schiappa – who served as French minister of gender equality before this week’s cabinet shakeup – asked that the city’s prefecture receive a delegation of protesters.

Some marchers in Ajaccio wore white T-shirts printed with “#IWas”, a hashtag that emerged in the US this spring and the latest in a series aimed at encouraging women and men to reveal experiences of sexual harassment and assault. In October 2017, in the wake of reports on Harvey Weinstein’s assaults on women in the film industry, French journalist Sandra Muller encouraged women to #Balancetonporc (roughly, “Squeal on your pig”) by sharing stories of workplace sexual harassment. A few days later, American actress Alyssa Milano gave new fuel to the #MeToo movement by asking her followers to reply if they had been harassed or assaulted.

More recently, #JeSuisUneVictime (I was a victim) emerged as a response to the awarding of a César award (the French equivalent of an Oscar) to director Roman Polanski, who has been accused of rape in the United States and France.

What distinguishes tweets tagged with #IWas is the age users say they were at the time of the alleged sexual assault – often well below the age of consent. That is also the case in testimonies on the page #IwasCorsica, a homegrown version of #IWas that current and former residents of the island began using in June to share their accounts of abuse.

Culomba Sicurani, 25, was one of the first. On June 5, she tweeted, “#Iwas approximately six. It was my cousin. He was 14. I woke up in the night. He wasn’t sleeping. And asked me to help him finish what he was doing.” Now living in Dublin, Sicurani explained the difficulty of recounting such an experience to AFP: “In Corsica, it’s small, we all know each other. We don’t dare speak because the rapist is the friend, the cousin.”

“Iwas is an electro-shock, nobody expected it,” Sicurani said, adding that she didn’t want to press charges.

Two days after Sicurani’s tweet, Stella Pasquini tweeted: “#Iwas it happened from age 4 to age 10. He was my own father and it was always sodomy. He told me that it was normal, that all dads did that to their daughters … I was 4 years old … I believed it and let myself do it, I told myself it was normal and only a terrible moment I had to endure.”

Pasquini told FRANCE 24 how she managed to speak out at the age of 15, when her parents separated, and then file a complaint against her father. “The police found more than 12,000 pornographic photos of children.” A discovery “that proved what he did to me”, the young woman said.

Pasquini’s father was sentenced to 10 years in prison in 2019.

She said the Corsican movement had encouraged her to share her story: “When I saw all these girls sharing in Corsica, it made me want to do it too.”

The movement comes as something of a surprise for a patriarchal, insular island culture where a code of silence known as omerta has long protected criminals from justice. Known as France’s “island of beauty“, Corsica has also been labelled “the murder capital” of Europe.

“On the island, silence comes from shame and fear of reprisals,” Laetitia Maroccu, a town councillor in Ajaccio and the president of Donne e Surelle, a nonprofit devoted to helping women in Corsica, told AFP.

“The omerta is not a myth on the island,” said a policeman who is familiar with cases of sexual violence. “Most cases are committed by relatives,” he said, adding: Without a trial, “the victims are not recognised as such”.

Maroccu and Anaïs Mattei, one of the organisers of the recent protests, told AFP that the prefect of Ajaccio gave them his email and mobile phone number so they could send him complaints of abuse.

Mattei, 22, said she had gathered “the testimonies of 15 people ready to file a complaint” who were due to go together to Bastia’s police station on July 7.

Bastia’s public prosecutor, Caroline Tharot, said that a 15-page document comprising 14 “#Iwas testimonies” had been filed at the police station by two young women from the movement, but she said the testimonies were not official complaints.

Each source must file an official report to police that specifies their place of residence, the date of the alleged incident and where it took place “in a manner that permits the opening of an investigation”, Tharot said, specifying that they may then choose whether or not to file an official complaint.

For the moment, only one “official complaint for a rape committed last summer in Haute-Corse” had been registered, she said.

While victims’ complaints are still rare, 48 complaints of defamation have been filed in Haute-Corse, the French administrative region on the northern half of the island, following “the publication of dozens of names of potential assailants or rapists” in private messages on social media, Tharot said. A 49th complaint has been filed in South Corsica, the island’s second such region.