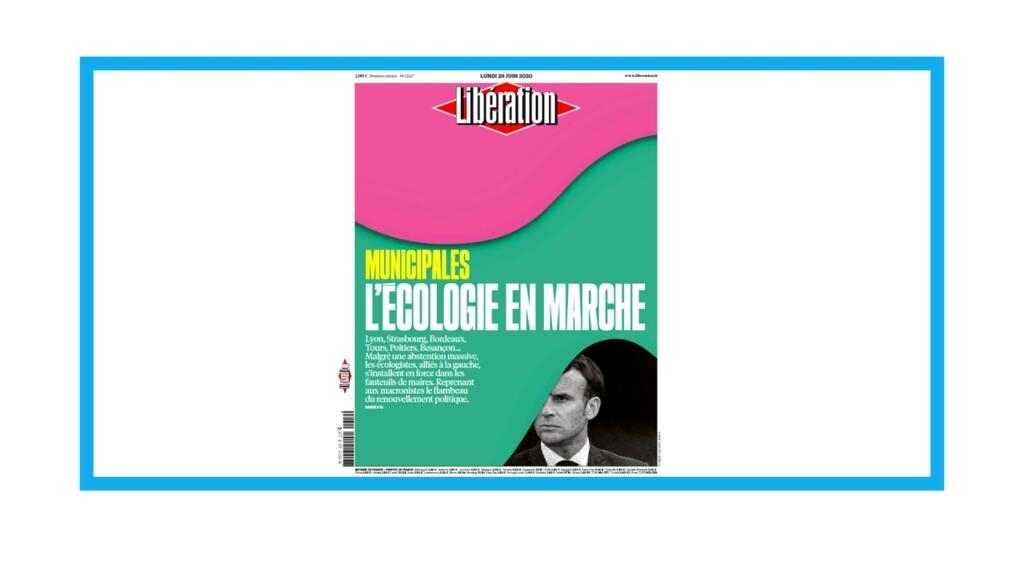 IN THE PAPERS – Monday, June 29: We look at reactions to France’s local elections which, despite record abstention, saw major cities turn green, won by the party Europe Écologie Les Verts (EELV). Left-wing Libération trolls the French president with the headline, “Ecologie En Marche”, playing on his party’s name, “La République En Marche” – a follow-up to their front page Saturday, which declared “La République En Marge.” We also look at an initiative in Uzbekistan to reassure tourists, offering anyone who catches the new coronavirus $3,000.

France’s local elections offer two big takeaways and they’re both on the front page of Ouest France today: “Record abstention and an environmentalist wave.” Ouest France is one of several papers sounding the alarm over a record abstention of almost 60 percent. They surmise it’s linked to exceptional circumstances – this second round was delayed by three months and people may still have been anxious about the coronavirus. Nevertheless, it’s a blow to democracy and can’t be entirely blamed on circumstances, they added.

Despite the record abstention, it was a big night for the Greens who built on gains made in the 2019 European elections to take control of some of the country’s biggest cities, including Marseille, Lyon, Strasbourg, Bordeaux and Poitiers.

Aujourd’hui en France say the Greens’ success only reaffirms how environmentalism has evolved into something more than just a fringe movement – it is now being propelled by a “collective awakening”.

Right-wing paper Le Figaro, describes it is a crashing wave that has “resuscitated” the left, warning that President Macron will need to double down to seek support from both the centre and the right.

Business paper L’Opinion also thinks Macron should be worried. They’ve depicted Macron in a cartoon complaining about the “planned obsolescence” of modern technology.

Communist paper l’Humanité’s headline reads “Macronism takes a punch from the left”, rating the performance of the president’s party as a “total failure” stemming not only from an uptick in support for environmentalism but also from Macron’s dwindling popularity.

Libération’s front page reads, “L’Ecologie en Marche” or “Environmentalism on the move”, which is a pun on the ruling party’s name “La République en Marche. According to the paper, the Greens, allied with the left, have “taken the torch of political renewal” once held by Macron’s centrist movement. They say the environmentalists got a boost from the lockdown when people really had time to slow down and examine their consciences.

Turning to lockdowns and the coronavirus pandemic, we end with a story about the somewhat extreme measures taken by Uzbekistan to revive its tourism sector. By offering $3,000 to any tourist who catches the coronavirus, the government hopes to reassure tourists they will be safe while travelling there. For any wild souls thinking about going to Uzbekistan and deliberately catching the virus just to cash in, it’s worth noting that $3,000 is the estimated cost of the country’s medical treatment for Covid-19.