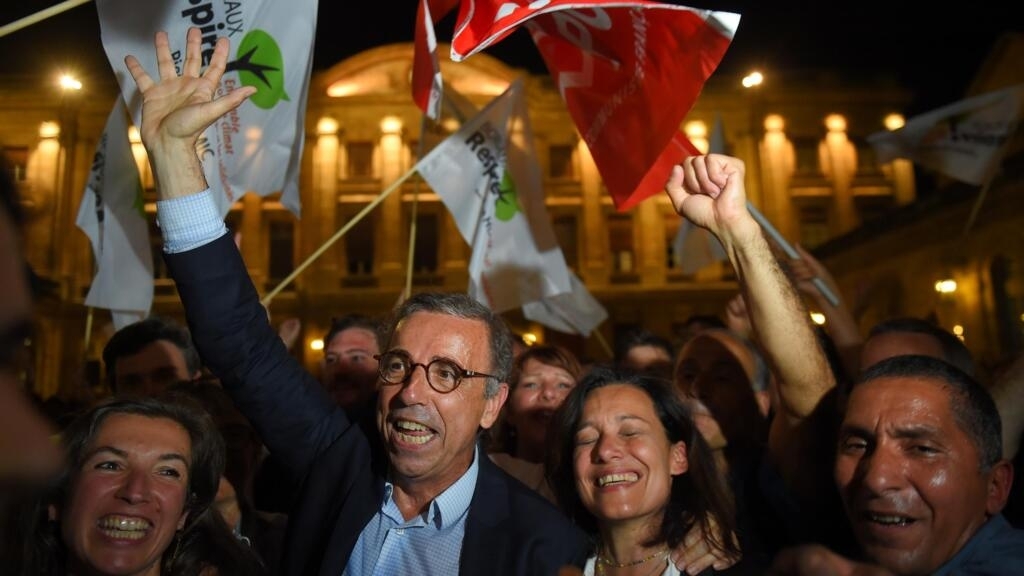 Projections based on early vote counts showed Europe Ecology, The Greens party (EELV), poised to take the key cities of Lyon, Bordeaux and Strasbourg and in a very close contest for Lille.

Macron expressed his concern over the high abstention rate, estimated at about 60 percent, and acknowledged that the elections were marked by a “green wave”, the presidency said.

Government spokeswoman Sibeth Ndiaye spoke of “disappointment” over the poor showing of the centrist Republic on the Move (LREM) party Macron created shortly before his successful 2017 presidential run.

This is the first time it had competed in nationwide local elections.

“There are places… where our own internal divisions brought us to results that were extremely disappointing,” Ndiaye told French television.

The party’s candidate in Paris, Agnes Buzyn, was projected to come a distant third with incumbent Socialist mayor Anne Hidalgo on course to easily win a second term as mayor of the French capital.

Marine Le Pen’s National Rally, meanwhile, claimed victory in the southern city of Perpignan, in what would be the first far-right takeover of a French city of more than 100,000 inhabitants since 1995.

The biggest coup for the Greens would be ousting former minister Martine Aubry as mayor of the northern city of Lille. But her entourage insisted to AFP that she had clung on in a knife-edge vote.

Some 16.5 million eligible voters cast ballots in nearly 5,000 cities and towns where the first round of municipal voting, on March 15, had failed to yield a decisive outcome.

This represents about 15 percent of the country’s municipal councils where power remained up for grabs.

But estimates showed that only two in five voters turned up, an abstention rate that Le Pen described as “astonishing” and far-left leader Jean-Luc Melenchon said amounted to “a civic strike”.

Macron said the low turnout was “not very good news,” according to the Elysee.

The first election round, which took place as the COVID-19 pandemic was gaining deadly momentum, already yielded a record-low 55-percent abstention rate.

The second phase, originally scheduled for March 22, was postponed after France went into lockdown. Most restrictions have now been eased.

With a national death toll approaching 30,000, France has been badly hit by the COVID-19 pandemic, with some voters angry over the government’s failure to provide protective material like masks rapidly.

The new polling date was set after the government’s scientific council said it was possible to hold another round safely, but voters were required to wear face masks and urged to bring their own pens to lower the contamination risk.

Many voters and election officials sported germ-blocking plastic visors, and plexiglass screens were erected between them at several polling stations, which also provided sanitising hand gel.

Macron is widely rumoured  to be preparing for a cabinet reshuffle after Sunday’s results, and the future of Prime Minister Edouard Philippe, who won his race for mayor in the Normandy port city of Le Havre, appeared unsure.

Though French law allows for the holding of two executive posts, observers expect Macron to use the occasion to axe the premier, whose popularity exceeds his own according to opinion polls.

Firing Philippe would allow Macron “to claim he is delivering on his promise to ensure the ‘second act’ of his presidency takes note of failings revealed by his handling of the COVID-19 crisis,” said Mujtaba Rahman of the Eurasia Group risk consultancy.

With just 22 months to the next presidential election, Macron’s main challenger nationwide is Le Pen.

Analysts say disillusion with the LREM and Macron, who critics say is a president of the rich out of touch with ordinary people, may have dissuaded people from going out to vote in already complicated circumstances.