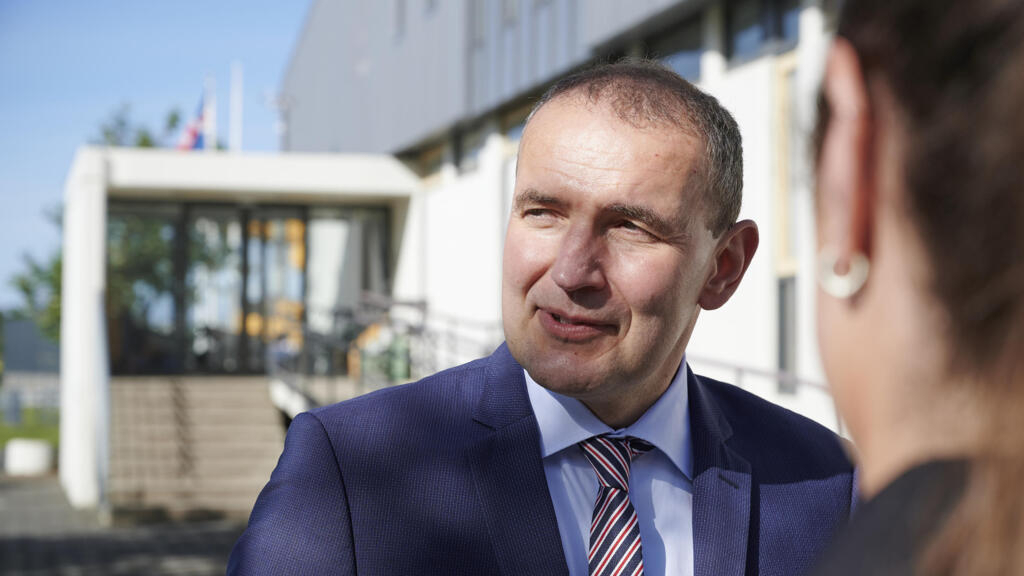 Iceland’s President Gudni Johannesson won a landslide election on Sunday, according to partial results, after the European country became the second to hold polls since coronavirus lockdowns were lifted.

Since suffering spectacular bank failures in 2008, the volcanic North Atlantic island of 365,000 inhabitants has recovered some economic and political stability, which has worked in the 52-year-old president’s favour.

Early results late Saturday suggested Johannesson had secured a second four-year mandate with 90 percent of the votes, seeing off a challenge from rightwinger Gudmundur Franklin Jonsson.

“I am honoured and proud,” the president told AFP from his election night headquarters at Reykjavik’s Grand Hotel. “This result of this election is, to me, proof of the fact that my fellow Icelanders… have approved of how I have approached this office.”

Opinion polls had predicted Jonsson had little chance of winning the support of the country, which has 252,217 eligible voters.

“I send my congratulations to Gudni and his family,” Jonsson, a former Wall Street broker close to Icelandic nationalists, told public broadcaster RUV.

In this parliamentary republic, the president is largely symbolic, but he or she does have the power to veto legislation or submit it to a referendum.

Several voters told AFP that “character” is a key criterion in choosing a candidate.

“I try to read the character of the person,” said Sigurbjörg Hansen, 57. “If the person is honest, that’s number one for me.”

Voter surveys have since early June predicted a landslide victory for Johannesson, an independent and former history professor.

The coronavirus pandemic was not expected to affect voting, as the country has been only mildly infected. It has reported 10 deaths, and currently has around 11 active cases.

‘Not pompous, not very formal’

Johannesson, who in 2016 became the country’s youngest president since independence in 1944, has enjoyed solid support throughout most of his first term, ranging from 76 to 86 percent according to the MMR polling institute.

“He has been seen as a man of the people, not pompous, not very formal. So Icelanders seem to like him and want to keep him as president,” said Olafur Hardarson, a political science professor at the University of Iceland.

Jonsson has struggled meanwhile to make inroads with voters.

The 56-year-old challenger has run a hotel in Denmark since 2013 and is a fan of US President Donald Trump.

Jonsson entered politics in 2010 when he founded the rightwing populist movement Haegri graenir.

He wants the president to play a more active role by exercising his right to veto legislation.

That power has only been used three times, by Olafur Grimsson who served from 1996 to 2016.

Grimsson also organised two referendums on compensating foreigners who lost money when an Icelandic bank went under in 2008.

According to experts however, Iceland’s constitution is ambiguous in particular regarding the president’s role in calling snap elections and dissolving parliament.

“He won me over because I know he is a candidate for the people of this country and not just for one group of people.”

But 47-year-old Ragnhildur Gunnlaugsdottir appeared to be speaking for many when she credited Johannesson for speaking from the heart.

“He has been good for the past four years and I think he is going to be good” again, she concluded.

Trump moves to formally withdraw US from World Health Organisation