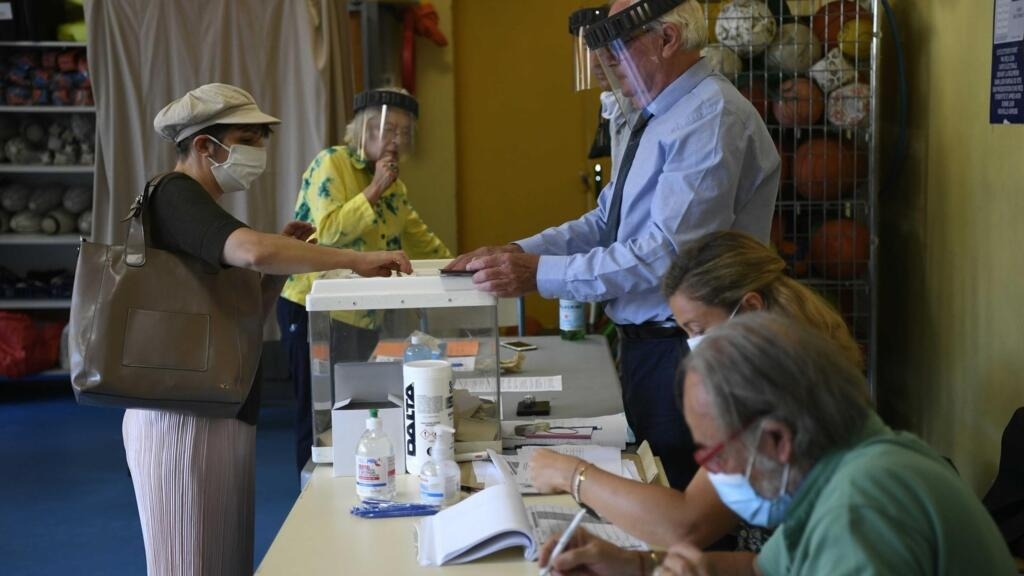 Run-off local elections are being held in 4,827 cities and towns across France on Sunday, long after the surreal first round of voting on March 15, two days before the coronavirus lockdown. Sanitary measures are in place in polling stations to prevent the spread of Covid-19, but so far turnout is even lower than it was for the first round.

According to figures published at 5pm, the participation rate for these elections is around 34.7 percent, even lower than the first round figure of 38.8 percent.

It looks set to be a tricky night for President Emmanuel Macron’s centrist La République en Marche (LREM) party. LREM’s efforts to build grassroots support have fallen short, with most of its candidates failing to make it past the first round of voting on March 15.

Like many ballots across the country, the crown jewel Paris is a two-horse race between the traditional parties of the right and left. Longstanding Socialist Mayor Anne Hidalgo looks set to be re-elected after triumphing in the first round with 29.3 percent of the vote and making an alliance with the Green candidate, who came fourth in the first round with 10.8 percent.

So far conservative Rachida Dati has beaten expectations for the French right, which had been in decline in the City of Lights since its last Paris mayor left office in 2000. But after winning 22.7 percent of the vote in the first round, she failed to make the kind of pact that seems to be working for Hidalgo.