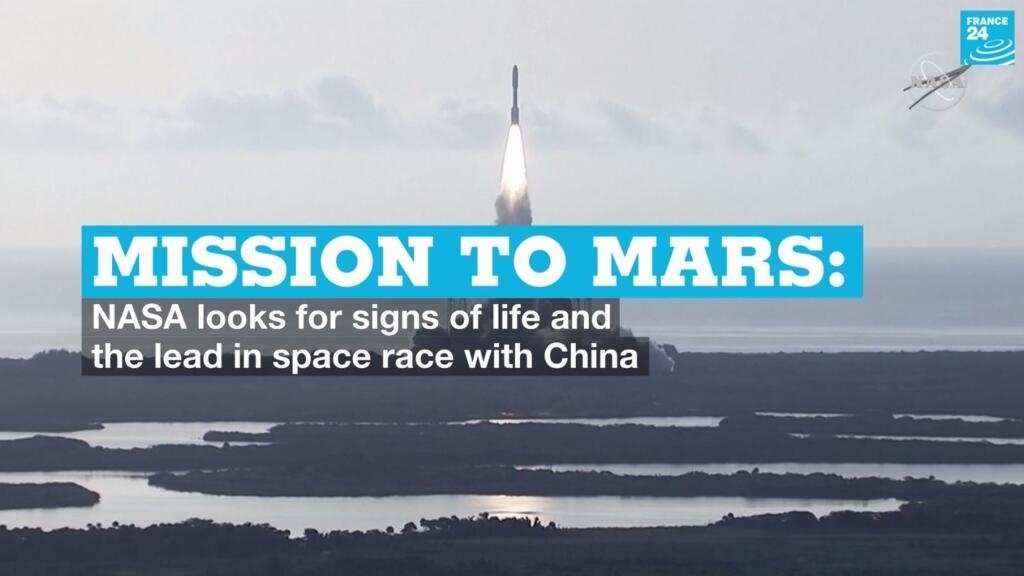 NASA’s Perseverance rover began its journey to Mars on Thursday with a successful launch from Florida’s Cape Canaveral. The ambitious mission will be NASA’s first to look for signs of past life on Mars and follows China’s own rover mission to the red planet earlier this month.

Perseverance carries a range of instruments to analyse rocks for the chemical signatures of life and is due to touch down on Mars in February 2021.

Its target is a 250-metre-deep crater called Jezero that more than 3 billion years ago was the site of a vast lake Scientists believe it may hold traces of past microbial Martian life.

The $2.7bn rover will not only analyse the surface itself but also take and store samples to be collected by a future mission to Mars and brought back to Earth for study.

“Mars used to be covered in water, at least the northern hemisphere of Mars was two thirds covered in ocean,” NASA administrator Jim Bridenstine told Reuters ahead of the launch.

“In fact, it was a lot like Earth and the question is we know it was habitable but was it in fact inhabited? And that is what we don’t know so we built a rover that is going to enable us to ask and answer those very important questions.”

NASA’s mission follows the launch earlier this month of a Chinese rover destined for the red planet in the latest sign of a growing space race between the two nations.

Called Tianwen-1 “Questions to Heaven”, the Chinese probe is also expected to land in February next year and marks the another stride forward in China’s growing space presence as it looks to challenge US dominance.

The country has already made two successful rover missions to the moon and plans to build a space station by 2022.

US President Donald Trump, meanwhile, has made reasserting US dominance in space a priority, setting NASA a target of sending astronauts back to the Moon by 2024 and eventually to Mars as well as establishing the new ‘Space Force’ branch of the military.