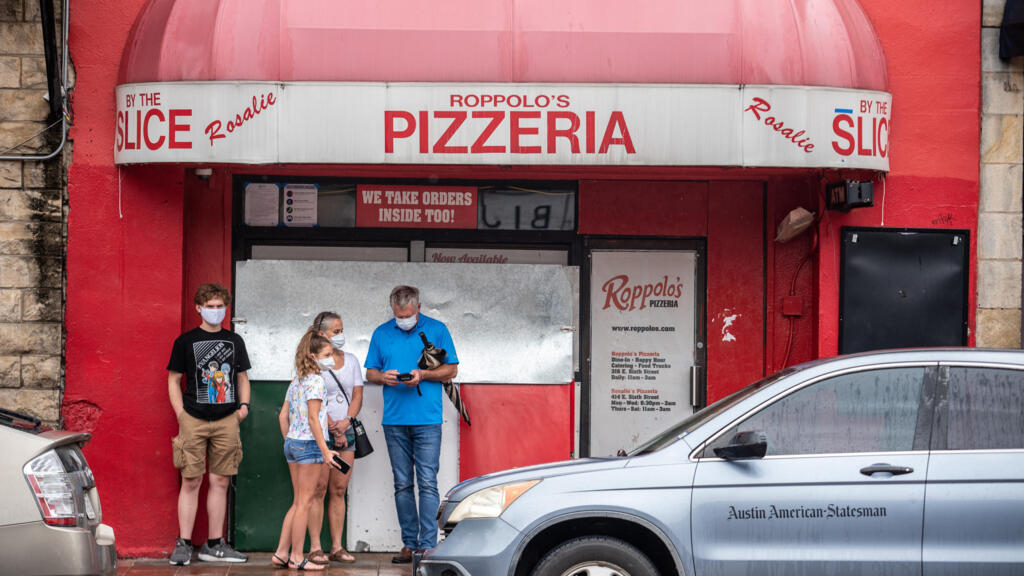 Top government expert Anthony Fauci warned Friday the United States is facing a “serious problem” from a resurgent coronavirus, as Texas and Florida ordered bars to stop serving alcohol amid a record-breaking spike in their Covid-19 cases.

The two populous southern states, home to some 50 million people, were spared the worst of the outbreak in spring but are now being battered.

With close to 125,000 deaths, the United States is by far the hardest-hit country in the world.

It never fully emerged from its first wave, and figures suggest the past week has seen the most new cases reported since the start of the pandemic, mainly driven by a rise in infections in the south and west.

Underscoring the severity of the situation, the White House coronavirus task force reconvened Friday after a two month absence. Fauci stressed the country was “interconnected” and areas currently faring better should not take anything for granted.

“The only way we’re going to end it is by ending it together,” he said.

Texas was among the most aggressive states in reopening in early June.

But the strategy has backfired: the state saw a record 5,596 new coronavirus cases Thursday, a major jump from 10 days ago when it had 1,254 new cases in a day.

“It is clear that the rise in cases is largely driven by certain types of activities, including Texans congregating in bars,” said Governor Greg Abbott, a Republican ally of President Donald Trump.

As a result, bars will be required to close but may provide delivery and take-out.

Lina Hidalgo, the chief executive of Harris County, the most populous in Texas which includes the city of Houston, issued a stay-at-home advisory — though she does not have the authority to make it mandatory.

“We got into June and COVID kind of fell off the headlines,” Governor Ron DeSantis told reporters.

“I think people were naturally just wanting to get back into a normal swing of things.”

Fauci’s forthrightness at the task force briefing contrasted with Pence, who sought to reassure Americans the situation was not comparable to the height of the crisis in April.

“We’re in a much stronger place. The truth is we did slow the spread, we flattened the curve,” Pence said.

In fact, the US graph of new cases has not assumed the bell shape seen in other countries — that is, the curve has not been flattened. Pence also said that “today surmounted 40,000 new cases in a single day.”

The vice president did not wear a mask for the briefing. Face coverings have become a deeply polarized political issue, despite epidemiologists being broadly in favor.

He also defended rallies held by Trump in Oklahoma and Arizona last week, where crowds gathered indoors without many wearing masks or social distancing.

“The freedom of speech, the right to peacefully assemble is enshrined in the Constitution of the United States, and we have an election coming up,” he said.

The number of new cases are comparable to April’s peak, but the death rate has not returned to earlier levels.

This may be partly because it takes three to four weeks for the most sick individuals to die — but experts also think it’s because a higher proportion of younger people are getting infected.

Robert Redfield, director of the Centers for Disease Control and Prevention (CDC) said that around two months ago, 27 percent of US deaths were occurring from pneumonia, mainly linked to COVID-19, but that figure had since fallen to its baseline level of seven percent.

In addition, doctors have learned how to manage the disease better and can use the antiviral drug remdesivir and anti-inflammatory corticosteroids like dexamethasone to treat it.