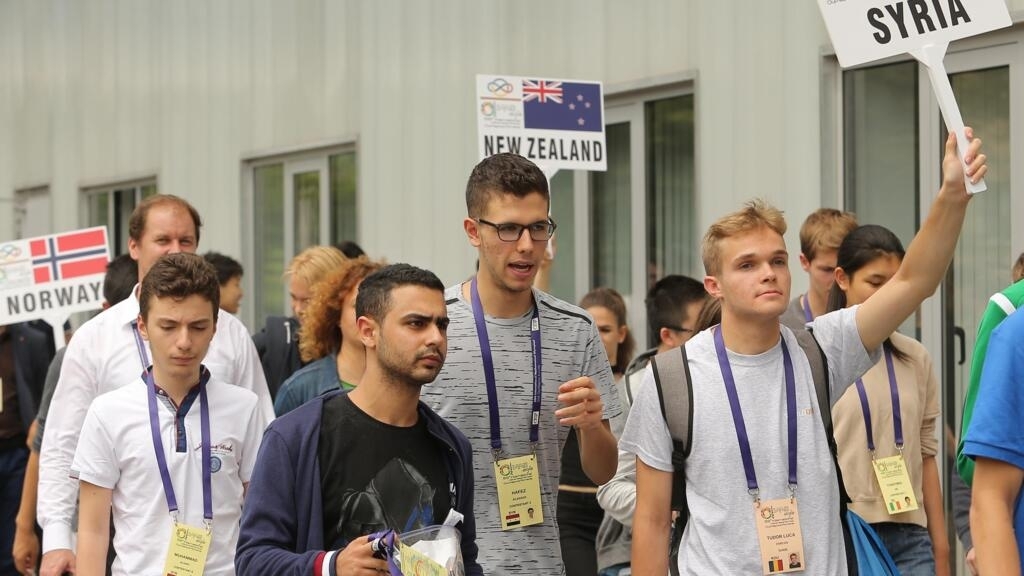 The United States on Wednesday slapped sanctions on the 18-year-old son of Syrian President Bashar al-Assad, vowing never to let the war-torn nation’s regime enrich itself.

Hafez al-Assad — named after his grandfather, who ruled Syria with an iron fist for three decades — will not be allowed to travel or maintain assets in the United States, the State Department said.

The designation was part of a second set of sanctions under the Caesar Act, a US law that took effect in June and aims to prevent any normalization of Assad even as he wins back most of Syrian territory after a brutal nine-year war.

“We will continue to hold Bashar al-Assad and his regime accountable for their atrocities, while keeping the memory of their victims alive,” Secretary of State Mike Pompeo said in a statement.

“It is time for Assad’s needless, brutal war to end,” he said.

The United States has already imposed sanctions on Bashar al-Assad and his wife Asma.

Officials said the sanctions against their only adult child were meant to stop Hafez from becoming a conduit for his family overseas.

“It has been such a prominent trend among Syrian regime actors to use their adult family members, whether their siblings or children, to try to continue business in their place after being sanctioned,” said Joel Rayburn, a State Department official who handles Syria.

Rayburn warned that the Assads and other prominent families were increasing their economic leverage as Syria looks to rebuild.

“For us, the point of the sanctions is to try to prevent the Assad regime from consolidating that kind of economic control which is then used to perpetuate the war and to perpetuate the killing machine against the Syrian people,” Rayburn told reporters.

Hafez al-Assad, the eldest of the Assads’ three children, has made headlines as a teenager mostly for his passion for mathematics.

He has taken part in international math competitions in Romania and Brazil, where in 2017 he finished 528th out of 615.

Targeting businesses, but not Russia

According to the Treasury Department, Syrian authorities awarded him a contract to develop a high-end shopping mall, removing the previous investor, after Qattan agreed to pay $2.7 million a year in fees.

Also sanctioned was Major General Zuhair Tawfik al-Assad, a member of the extended ruling family, and his adult son.

The officer has led the First Division of the Syrian army which since the start of the revolt in 2011 has been accused of mass killings and arrests in areas near Damascus.

US officials said it was designating the latest sanctions in memory of the victims of a deadly 2011 siege of Hama as well as last year’s bombing, allegedly involving Russia, of a marketplace in the town of Maarat al-Numan in Idlib province where more than 40 civilians died.

The United States, however, has not yet targeted business interests from Assad’s key ally Russia.

Fears of action against foreign investors under the Caesar Act have wreaked havoc on Syria’s war-ravaged economy by clouding hopes for reconstruction.

Idlib remains the last bastion of opposition forces including jihadists who have battled Assad in a war that has claimed more than 380,000 lives, displaced millions and fueled the rise of the ultra-violent Islamic State group.